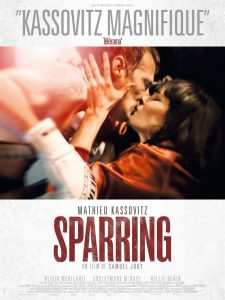 In his early forties, small-time boxer Steve Landry has lost more bouts than he has won. But before hanging up his gloves for good, he accepts an offer than many would turn down flat: being the sparring partner to emerging champion Tarek M’Bareck. This job is the last opportunity to dazzle his wife and his children, and to get a large amount of money.